A Tale of Two Sinners

Every good story has two key characters in it – one good and the other not so good.  Sometimes they become the antagonists – fighting against each other, usually with the good one victorious over the bad one – and sometimes they are simply compared with each other to make a point.

In our Gospel Reading today, among the many characters are two key characters:
1.      Simon the Pharisee; and
2.      A woman of the city, a sinner.

Without one of these, the teaching opportunity would have been lost to Jesus.

It is a story that I love dearly, especially in Luke’s version.  When Matthew and Mark tell this story they place it as a prelude to the Last Supper, and by doing that they are getting us ready to hear of Jesus’ need of anointing for burial, after his execution.

By telling the story so near to the beginning of Jesus’ public ministry in his Gospel, Luke is making sure that we understand something quite different by it.

The people who selected the readings for the Lectionary have tried to reinforce this by choosing the passage we read from Galatians this morning.

This story has something really important to tell us about God’s love for us and grace.  Let’s see how Luke makes this plain to us.

TWO SINNERS
There are two characters in the story and they are classics really.  They appear extraordinarily different from each other as far as the externals go - a religious leader and a woman - but the real difference that Jesus wants us to notice is quite unexpected. 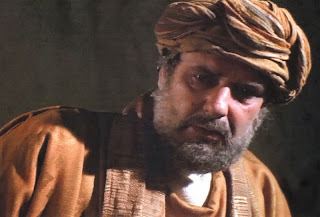 The Pharisaic traditions of Jesus’ day laid the foundations for the kind of Judaism that would survive after the destruction of Jerusalem in 70AD and which we most closely see today in Orthodox Judaism with its emphasis on Kosher food and right ritual.

Jesus was no friend of the Pharisees.  They were experts in “self-righteousness” and reduced their religion to a purity code and an understanding of covenant as a system of requirements and rewards – “If I do all these right things, God will fill my life with blessings.”

Simon invited Jesus to have dinner at his place.  Now Jesus was probably thought of in some circles as a rabbi – the term crops up in a few stories – so perhaps Simon wanted to hear some of his wisdom.

Or maybe Simon wanted to show off to his friends that he could get Jesus to come to his place for dinner.

The text is not clear, so we are left to guess.

I think Simon thinks he is doing a pretty good job at keeping the requirements of the Law and he probably thinks that if he has failed God in any way, it won't be too bad. 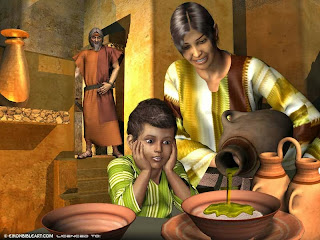 She is further described as a sinner – and that could have been code language for a woman of ill-repute; at least that is what most preachers make of it.  But I want to give her the benefit of the doubt.

In the story we get the idea that this was no random act on her part.  She knew who Jesus was and she knew where he was going to be.  I wonder if they had met in some other place and perhaps had had a conversation in which Jesus had made it very clear to her the extent of God’s love and grace – that although she was a sinner she could be sure of God’s good favour.

She is obviously responding in an extraordinary way to something she had come to understand about Jesus.

And it was scandalous, what she was doing.

Let me remind you of a very small episode in the story of Ruth.   When she goes back to Israel, her mother-in-law Naomi does a little match-making with her kinsman Boaz.

The procedure was simple – when Boaz nodded off for a nap after a fantastic dinner, Ruth was to lie down at his feet.  At the very least it was a ritual invitation to great intimacy, but was also regarded as a form of marriage proposal.

So, you can begin to imagine what was going on in the minds of the other people at Simon’s party.

The woman was behaving scandalously by touching his feet at the meal, and then by uncovering her hair in a public place and in the company of strange men – orthodox Jewish women today often wear wigs to cover up their hair in public.

You can imagine all the men there shooting sideways glances at the woman – checking out what she would do next.

You can also imagine, I am sure, their knowing glances at each other expressing indignation that Jesus should not object to what she was doing.  And Simon was doing this, too.

I am sure I would if I was caught up in a similar modern day example of this story.

So, in the context of this, Jesus draws Simon’s attention to the scandal of his own behaviour – his failure to meet his obligations of hospitality to a guest.  Simon had failed to wash the dusty feet of his guest; he had failed to greet him appropriately with a kiss; and he had failed to honour him with oil for his hair.

Jesus is wanting to make it very clear that much and all as Simon thinks the woman is in an awful predicament of condemnation – because she is a sinner – Simon is in no better situation.  His behaviour is just as scandalous.

This is the central feature of Luke’s version of the story and it is what makes it different from Matthew and Mark’s version.  So this is what Luke really wants us to take notice of.

“A certain creditor had two debtors; one owed nearly two years’ salary and the other less than two months’ salary.  When they could not pay he cancelled the debts for both of them.”

It’s a simple scenario – perhaps a little incredible – but the really important part is Jesus’ question to Simon – “Now which of them will love him more?”

The people in that room would have known full-well how many peasant farmers’ lives were unbearable because of debt, and so they would also have known that the forgiveness of such a debt would have been transformational for their families.

The two sinners in our story provide a striking contrast.  The woman is so stigmatised by her sins as to be a public figure (everybody knew she was a bad woman); and Simon comes across as a blind, smug religionist who cannot recognise his own sinful predicament let alone the genuine gratitude of a forgiven woman.

In these two characters, Jesus exposes our modern moralisms and dramatises for us an authentic response to divine grace.  It is this response that is transformational – and that is the good news.

I found this quote on Friday that says it all, really.
“For I tell you this: one loving, blind desire for God alone is more valuable in itself, more pleasing to God and to the saints, more beneficial to your own growth, and more helpful to your friends, both living and dead, than anything else you could do.”

-From a fourteenth-century
anonymous work, The Cloud of
Unknowing

When Jesus says (again) to her “Your sins are forgiven,” I am pretty sure he has already met the woman and told her this before, but I think he said this publicly to make a point.

And the question from the crowd was the same as the question I told you last week was behind so much of the Gospel of Luke – “Who is this, who even forgives sins?”

What kind of man is this?

There are three things about Jesus in this story that emphasise again what Luke wants us all to get – that Jesus is a prophet.

Firstly, he seems to understand Simon’s unstated criticism of Jesus for allowing THAT WOMAN to touch him.  This kind of intuitive “foreknowledge” is a characteristic of prophets.

Secondly he uses that very real and gritty situation to teach something that is very true about life – we are all in need of God’s forgiveness and grace; no one is more or less deserving.

Finally, we hear Jesus pronouncing divine forgiveness for the woman.

In these three things, Luke wants to make sure we get it – that Jesus is a unique prophet of God who is able to see below the surface of things, who teaches us about life, and who forgives sins.

Let us pray:
God our most holy Friend, please assist us to cherish the deep salvation which you have begun in us.  Save us from the lure of those shallow things which win the praise of the world.  You have called us to be people of grace; let us express grace in all our affairs.

We pray this through Christ Jesus our Saviour.

Acknowledgement: Bruce Prewer's resources for Sundays often provide me with much inspiration for sermons and prayers on Sundays. http://www.bruceprewer.com/b_rcl.htm
Posted by DjittyDjitty at 8:37 PM