Many of you, I am sure, will remember the TV show from the BBC called “Keeping Up Appearances”.  Patricia Routledge created a larger than life character in Mrs Bouquet (Bucket).  She spent so much effort trying to ensure that everyone thought she was rather Upper Class when in reality she came from a much humbler background, perhaps even working class. 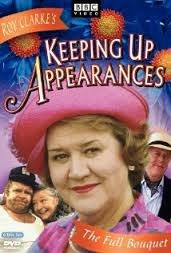 I think the reason we laugh at such stories is that we are all susceptible to the same kind of sensitivities about what people will think of us.

Sadly, I think that the tragedy that is unfolding before us in the Royal Commission into Institutional Responses to allegations of child abuse has its origins in this deeply ingrained personal and institutional instinct.  We denied that terrible things happened because it would not do for people to see the church in that light.  So we keep it hidden.

In the church, as in our wider society, it is always tempting to look to the outward appearances in order to determine whether the church is doing okay.  So we look to outward signs of growth rather than inward signs of faithfulness.  We even measure our blessedness by such things as our prosperity.  Even though we know better it is really hard to avoid this kind of thinking.

It isn’t always as easy as it is today, but the four texts we have in our Lectionary for this Sunday join in warning us all that we should not be confused or intimidated by appearances or by how our society values this or that.

As a kind of summary statement these texts are telling us that being faithful and responsive to the God of the Bible may not fare so well or look so cool in terms of the world's standards of judgment, but what is required and blessed is a community that is ordered by its covenantal relationship with God, shaped by God’s gracious promises, and attuned to what Paul called the "foolishness" and “weakness” of God.

Micah condemns all the outwardly “lawful” rituals and sacrifices of religious practice, saying that what God really wanted of us was hearts that sought to do justice, love compassion and in all humility know our place in God.

When you consider the things the Psalmist says will please God, most of them are intangible – things of the heart that reflect our relationship to God and one another.

While much could be said about the Beatitudes the standout feature of them is that those who are expressly described as blessed were least likely to be considered blessed by the world’s value systems.  As one commentator said, these people are now regarded as “the apple of God’s eye, singled out for blessing.”  That is the kind of thing people have in mind when they speak of God’s preferential option for the poor.

Finally, Paul engages his Corinthian friends in a counter-intuitive argument that what the world regards as wisdom is folly in God’s eyes, and what they regard as folly is the very wisdom of God.  His reference to Christ crucified was his most potent example – crucifixion was a symbol of the absolute power of the state to crush anyone or anything, but this very defeat has become the power of Christ.  It is just God's way to take the low, the despised, the weak and the foolish to confound the wise and mighty.

Having said all that I wondered what we all needed to consider for today and the days ahead.  What is it that God wants you to take away from your time of worship here, to wrestle with in the days to come, or to be affirmed by?  What is the Word of God here for you today?

Let’s just see if the Holy Spirit can be trusted as I share a few thoughts with you.

This makes a great prelude for us to think about the New Testament times as the times in which God’s grace has replaced the Law as the pathway for God’s people into the presence of God, holy and acceptable to God.

Jesus and Paul offer insights into the significance of this grace by emphasising that Law was always destined to failure.  No-one can really keep all the Law and, by their own efforts, be holy and acceptable to God, because the law was so focussed on externals.  Jesus showed a better way – a deep and personal relationship with God in which we are committed to loving God and loving our neighbours as ourselves.

What I find fascinating about this is that it is not new.  What Jesus said begins almost word for word with the most important daily prayer for a Jewish person – the Shema.  We use it in our liturgy every week as a constant reminder.  “You shall love the Lord your God…”  the first and great commandment – and the second is like it “Love your neighbours as yourself.”  Jesus says these two commandments do away with all the outward requirements and appearances of the law.

But the prophets had also been telling Israel this kind of thing before their Exile to Babylon and while they were there.  Micah was writing before the Exile and he has a wonderful summary statement to replace all the outwards of religious piety:

And what does the Lord require of you?
To act justly and to love mercy
and to walk humbly with your God.

These famous words are not much different in practice than the two commandments Jesus said would fulfil all the law.

1.       ACT JUSTLY – in all your dealings with people be honest, fair, and be willing to challenge injustice when you see it.

2.       LOVE MERCY – Mercy is actually too weak a word for me in this translation, and others prefer the word COMPASSION.  Either way, though, we are called into a life that cares about the welfare of others by this term.

3.       WALK HUMBLY WITH YOUR GOD – can mean nothing more than walking humbly in a Creature-Creator relationship with God.  God is the source of our being and in him we live and move and have our being.

I have these words on a plaque on my lounge-room wall.  Each morning Eira and I say the Daily Office there and they are a constant challenge to me and maybe they will be for you.  In what ways will your life today reflect these three things:


WALK HUMBLY WITH YOUR GOD.

Posted by DjittyDjitty at 11:05 PM