Food and Water for the Journey

When I was younger I liked walking in the bush.  Each year I would go with a bunch of other young people to the Stirling Ranges down near Albany.  We would set up a base camp and then undertake various walks over two and three days.  We discovered how hard it is when you have to carry all the things you need in a back-pack.

One walk I will never forget.  It began at the eastern most part of the range.  The plan was to climb Ellen’s Peak.  Then we were to basically climb the ridges and peaks between there and Bluff Knoll – a distance of 15.5kms over a period of three days.

What I didn’t realise was that none in the party had ever done this walk before.  They were relying on stories and maps.

We climbed Ellen’s peak which took us to a late lunch.  Then we set out westward for a couple of hours till we came to a precipice.  Clearly, we had taken the wrong path, so we went back.

People were trying to remember the stories they had been told about how to find the track.  After several false tracks we came back to Ellen’s Peak with the weather treating us very badly.  It had clouded over and we were in miserable rain.  So we had little option but to camp there.

No one slept well.  We had not been able to erect our tents properly.  Many of us were wet through.  I was downright miserable.  So were a few others.  We might have even complained a bit – out loud.  With the cloud and rain still challenging us, I couldn’t face going on.

I spoke to the leader and said I couldn’t go on and just want to go back to the fire break.  A couple of others felt the same way.  So we were allowed to go back down.  The others would try to find the track.  Before we were half way down we were out of the cloud.  The sun was shining on us even though there was a cloud over the mountain.

Then when we got back to the firebreak, our radio communication would not work.  We couldn’t call them up to pick us up.  So we had to walk – about 20km – but it was sunny and flat and we had plenty of water, so maybe we didn’t complain too much.

Maybe this memory helps me understand how the Israelites felt.

In this story, they are at it again.  They seem to have no gratitude and no memory.  Just after they have been provided with fresh food morning and evening every day; just after they had seen Moses freshen up a stagnant well so they could drink fresh water; just after God had amazingly rescued them from the pursuing Egyptian army; all they could do was accuse God of not caring about them.  They remembered how at least they had water back in Egypt.  They forgot the bricks and the hard labour.  And they complained.

And what does God do?  Like a forbearing parent, God gives them what they want.  The story-teller makes it clear that God was not happy about this.  That is why the place was called Massah and Meribah, because the people COMPLAINED and PUT GOD TO THE TEST.  And there are a couple of Psalms that remind the Israelites of this event when they were sung in the Temple. 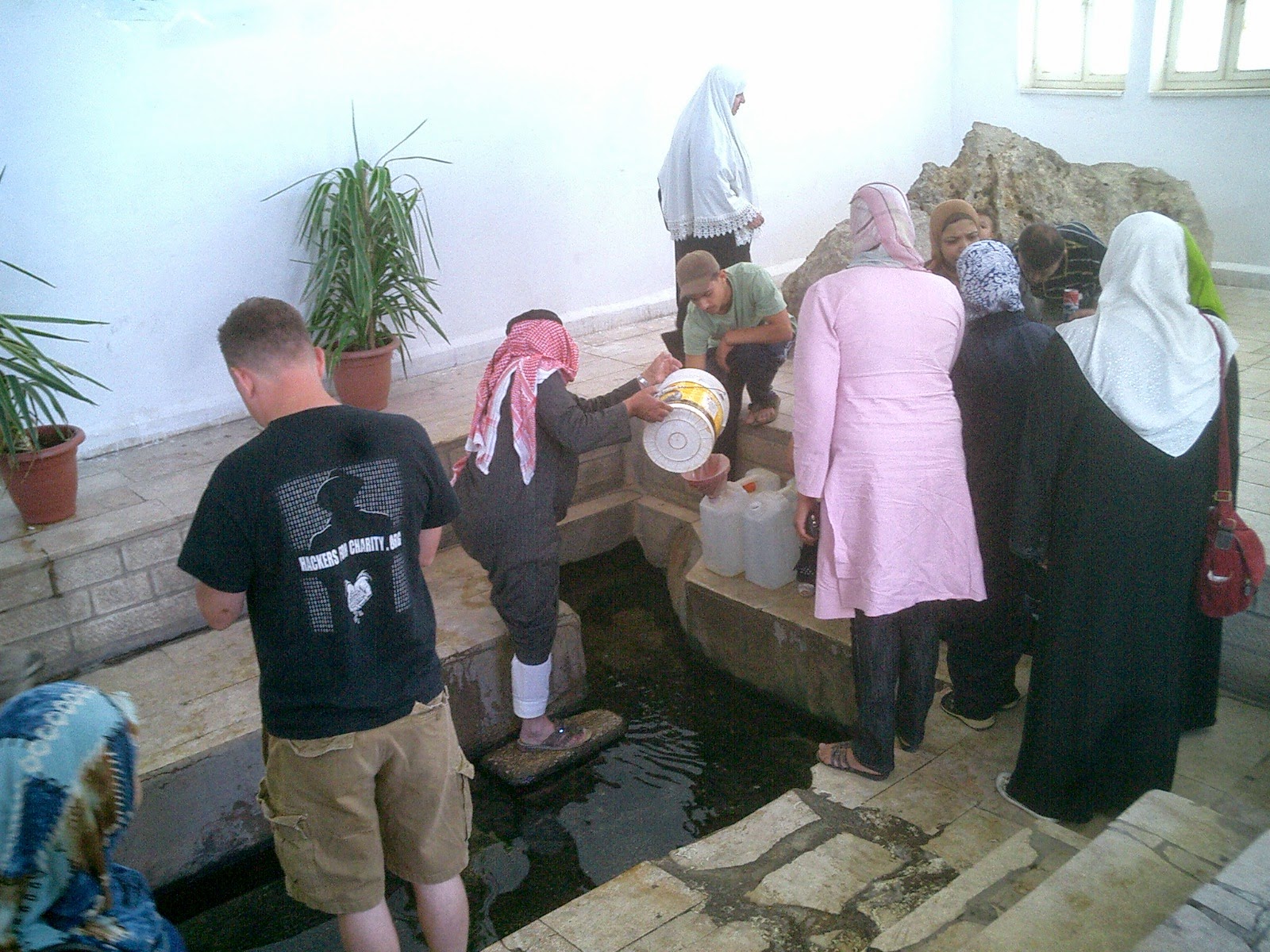 In some ways I make of this story what I made of last week’s story.  Despite the forgetful and self-centred Israelites, God continues to be faithful and trustworthy in looking after them.  You would think they would get it after all these stories.  But for some reason they fail again and again to get it.

One of my commentators says that this mercy of God is a grace that even the hardest of human hearts cannot frustrate.

The thing that strikes me about this story, as a companion to last week’s story, is that it creates a perfect segue into thinking about the Lord’s Supper.

We speak of the bread of Communion as symbolic of the body of Christ, and we use bread language about it – the Living Bread or Bread of Life.  And the Manna that was provided each morning for the Israelites was in its own way Bread of Life for them.

In today’s story, the water there is linked to the idea of BLOOD.  The story tells us of Moses using the stick with which he struck the Nile River, turning the water into blood.  In Communion we refer to the wine as Jesus’ blood and this seems natural.  But I think John picks up a link to this story about water.  When Jesus meets the Samaritan woman at the well, he tells her that he can give her Living Water.  And he says that those who have this water will never thirst again.

Let us never forget to praise God for his goodness.
Posted by DjittyDjitty at 1:49 AM