I have picked up Tim Winton’s Cloudstreet for a re-read.

The story, as some of you will know, centres on the collision of the lives of two very different families in a rambling old house somewhere in the Subiaco/Claremont area.  There was inveterate gambler Sam Pickles who is penniless and will never work properly again because of an injury inherits an old house which he can’t sell for twenty years; and there was Lester Lamb and clan whose rental of half the house provided Sam and Dolly with an income. 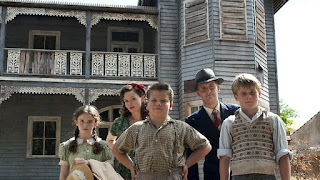 It’s a long and complex story and I suspect many of you have read it, but I discovered last Sunday that there was a very important interpretive clue right at the beginning of the novel.  I had previously read the novel for the story, and when I watched the TV series again I was wanting the story to be reawakened for me, which it was.

The story includes frequent episodes described in metaphysical imagery – of a house that is a living breathing thing caught up in the sadness of its own history, of lights, and gatherings, and water, of a pig that speaks in tongues and of a mystical blackfella who keeps calling people “home”.  All these things interwoven with the story only make sense in the light of these two lines.

In all three years of our Lectionary this reading from John’s Gospel is prescribed for the Sunday after Easter, so our church Fathers consider it to be a very important story for us to take notice of, and indeed, John felt this was an important story and he wants us to notice some things about it, too.  The challenging question is “What are we supposed to notice?”

How can we decide this?

Well I want to suggest that a few lines right at the beginning of John’s Gospel might get us there:

When we think about the things John wants us to take notice of in the Gospel stories he tells us, in the way he tells them, much of it will only make sense in the light of these three lines – which many think were lines in a song or poem.

They speak of Jesus’ unique relationship with the God and his intimate involvement in the creation of all things.

In this text we have before us the thing that stands out almost blindingly obvious when you use these three lines as a filter is the way that Jesus greeted them.

“Peace be with you.
As the Father has sent me, so I send you.”
22When he had said this, he breathed on them and said to them,
“Receive the Holy Spirit.
23If you forgive the sins of any,
they are forgiven them;
if you retain the sins of any, they are retained.”

Did you notice it?

John stands apart from Luke in his understanding of the nature and meaning of the coming of the Holy Spirit.  In Luke, it is all about signs and wonders and the undoing of that great Babylonian myth of “The Tower of Babel” by which the Hebrew people understood the emergence of diverse languages. 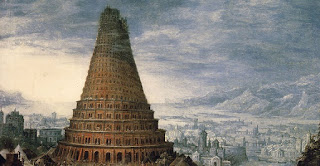 For John, the coming of the Holy Spirit is intimately involved with images of Creation – here the new creation.  When God created all things he created the man out of the “dust of the ground” and then “breathed into his nostrils the breath of life.”  This action was repeated again when God created the woman.  Interestingly it is not part of the story of the creation of all the other living, breathing animals that were created as helpers for the man. 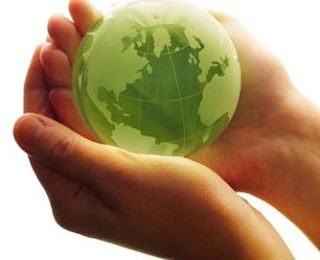 So, for John, who has been thinking about these things for a very long time before he wrote them down, the use of this breathing imagery in the story of Jesus passing on the Holy Spirit is his way of recognizing Jesus’ intimate role in re-creating us.

Jesus breathed on them and said “receive the Holy Spirit.”  This is a direct echo of the Creation story in Genesis 2.  So this is really important – have I got your attention now?

So, having imparted the Holy Spirit to them, affirming that they are New Creations (as St Paul would describe it), what is the very next thing he tells them?

Now the church has made a lot out of these words over the years as it tried to ensure its place as controller of all things mystical.  In the end they simply created exactly what these words were challenging.

In Jesus’ day the Temple was the only place you could go to have your sins forgiven – you would make the required offering or sacrifice and the sins would be forgiven.  When early Christians said things like this they were daring to stand independent of the Temple system – they did not have to go to Temple.  That was radical.  That was treasonable in those days.

Jesus is saying we all have within our power those things we thought were in the gift and power of the church alone – the power to forgive sins and withhold forgiveness.

But I want to pick up something in particular in these words of Commission by Jesus.  After declaring that they have received the gift of the Holy Spirit, Jesus gives them a very singular mission – to forgive people.  We can talk about the withholding of forgiveness in another place.  Here I just want is to think about the significance of this primary task.

During the week a man was talking to me about his recent experience with a man he had been in trouble with for a long time.  It wasn’t really bad trouble – they just kept irritating each other.  This meant they were frequently resentful of each other and there certainly was no trust between them.

The man told me he knew he had to try and do something to make things better, but he didn’t really know what to do.  Anyway he arranged to meet with this man to try and talk about things.  They talked and talked.  He listened more than he talked, I think.  He said to me that after about two hours of this he felt the Holy Spirit tell him something very important.

He looked the man straight in the eye and said to him “I’m sorry.  I think in all these things I have hurt you and I am sorry that I did that to you.”  Then he put his hand out in reconciliation.  The other man hesitated as the significance of this was sinking in and then he took his hand and pulled him into a long and warm embrace.  Both men wept as they found forgiveness in this moment.

I think there is something very powerful in the wisdom of Jesus in giving his disciples this one task – to forgive one another.  I truly believe that that wisdom exists in all the other religious traditions of the world, and it would be a wonderful world if we all got it – but that is another story.

The important story is that we have all been called into this great mission of reconciliation – by this simple gift of the Holy Spirit.  Imagine a world in which there was no need for revenge, where people were not holding on to old hurts that made their lives hell.

The bit of the imagery that I love is the BREATH.  Without breath, what are we?  We are dead.  It is BREATH that give us life and keeps us alive.

So, for Christ’s sake, I ask you to take a very deep breath.  Get ready …

Receive the Holy Spirit. Breathe in the Holy Spirit, Let the Spirit fill you with every breath, flow in your blood stream, and saturate your attitudes, your thoughts, your words and your deeds!  And give you Peace.

Posted by Djittydjitty at 2:38 AM